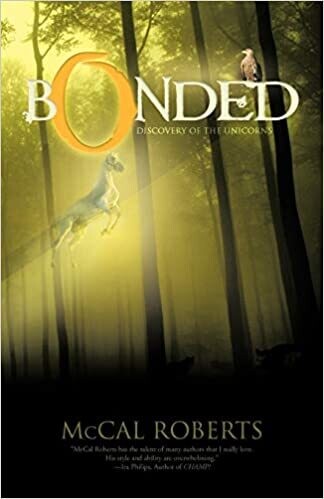 In the far away world of Htrae, ancient magical unicorns are a source of power. Mosaic, the ruler of this grand world, owns two hundred of these majestic creatures, all of varying size and color. But these two hundred are not enough. There is a rumor that somewhere on the planet exists a platinum unicorn, known to be the mother of all unicorns. The power of this single creature could change the face of Htrae forever. Mosaic must have this wondrous creature for his own, so he hires a bounty hunter to find her. But on this journey, the bounty hunter comes upon much more than he expected-an entire realm of unicorns, with beauty and power the likes of which he had never seen in the human realm. Bonded: Discovery of the Unicorns embarks into a world of magic, where true wisdom awaits ... for those who seek it.

Save this product for later
Display prices in: BMD